Arrival Istanbul. Clouded and rainy. Trying to escape a never-ending Viennese winter I was somehow expecting warmth and sun.

What do I know about this country.  To be honest hardly anything.

The hotel has a whimsical beauty of its own. All in golden, furniture that seems to have already been there at its opening to accommodate travellers from Europe arriving in Istanbul, at that time Constantinople, with the Orient Express more than hundred years ago. I am welcomed by a parrot in an ornamented old cage. It’s called the Grand Hotel de Londres and situated just a few meters from the Pera Museum where an international symposium on culture and politics during the Ottoman Empire will be organized by the Don Juan Archiv Vienna. 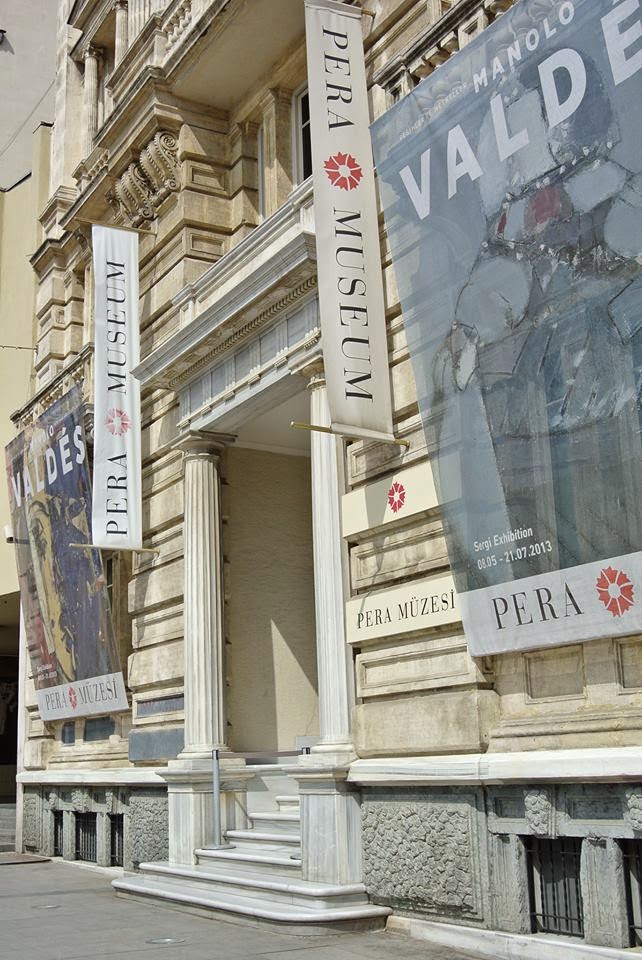 I had booked the journey to attend this event before the breaking news on TV started to announce demonstrations, riots and violence in the centre of Istanbul. Several speakers of the symposium had cancelled their trip.

Arriving as a stranger on a day like this in Istanbul, looking down from the rooftop terrace of an old hotel at the Bosporus one is immediatly taken by this city in all its magnitude and majestic beauty.
The streets are alive but nevertheless everything seems calm. I use the first evening to visit the Hagia Sofia and stroll around. A touching point of continents, of cultures, of history. 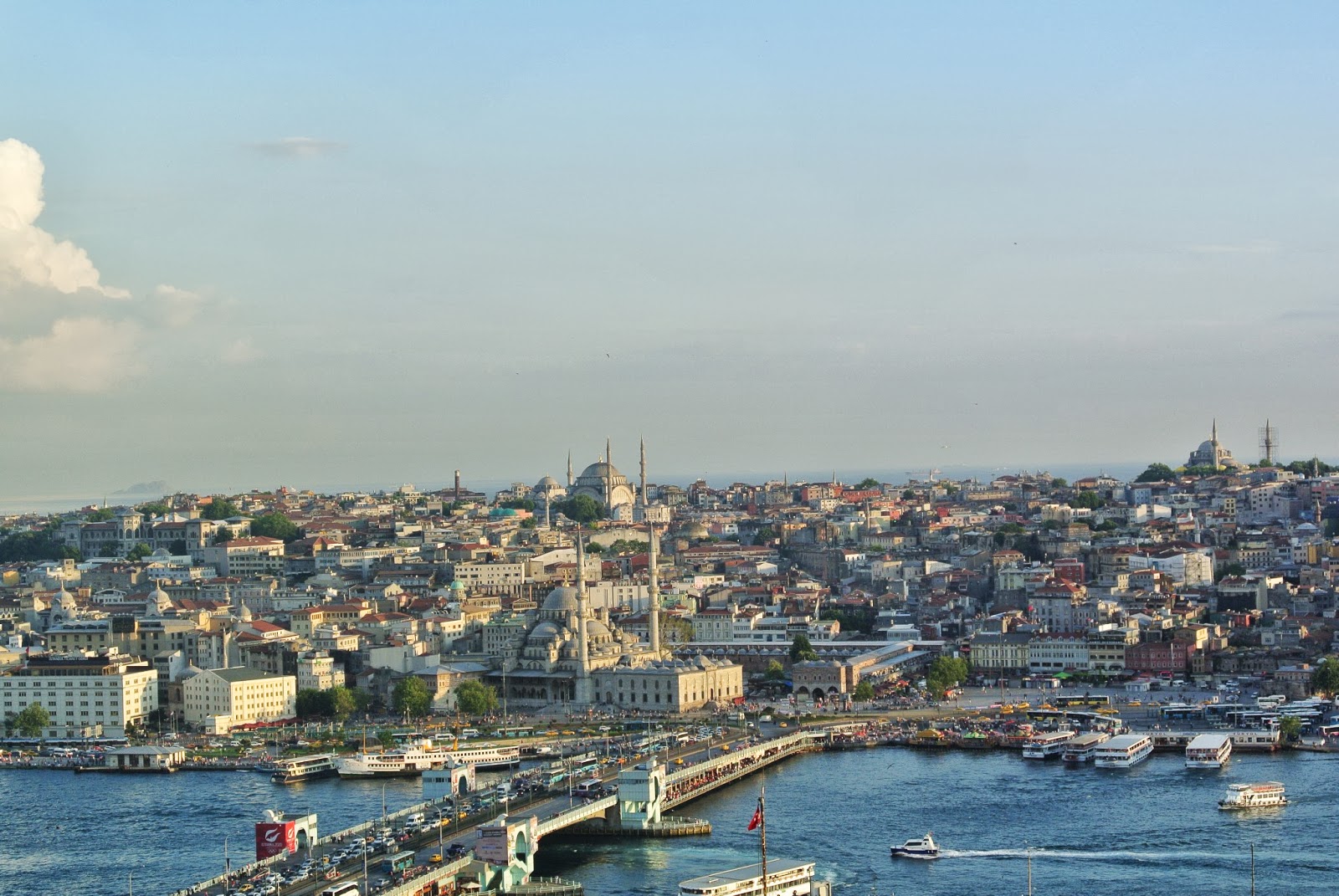 Back at the hotel I try to watch the evening news on the internet. Everything works, but not the broadcast of news. A scary question comes to my mind. Could they be blocked? The streaming of international news deliberately hindered?

The symposium on the next morning opens with the presentation of a paper about descriptions of the Ottoman Empire in texts and images. It was common in that period  that Panorama pictures would show many different sites of a city on one image, even though they could not have possibly all been seen from one point of view in reality. It was a way of documentation and presentation of a place – often finalized at a later point when the painter who had travelled would be back in his home country in Europe.

Many papers focus on the representation of embassies either from the Ottoman Empire in Europe or the other way round. Music and drama played a more than important role in the reflection of cultural relations. Hearing about all the artistic creations that emerged in this way and how ambassadors would have travelled with whole orchestras to their posting in order to fulfil their diplomatic representational duties it gives you the feeling there is a lot we could learn for our foreign politics and foreign relations today. The role of culture, of making people discover, listen and wonder. Shouldn’t it be stronger, now more than ever?  Is there a chance of making us all more curious, more attentive, more understanding through offering certain shifts of focus? 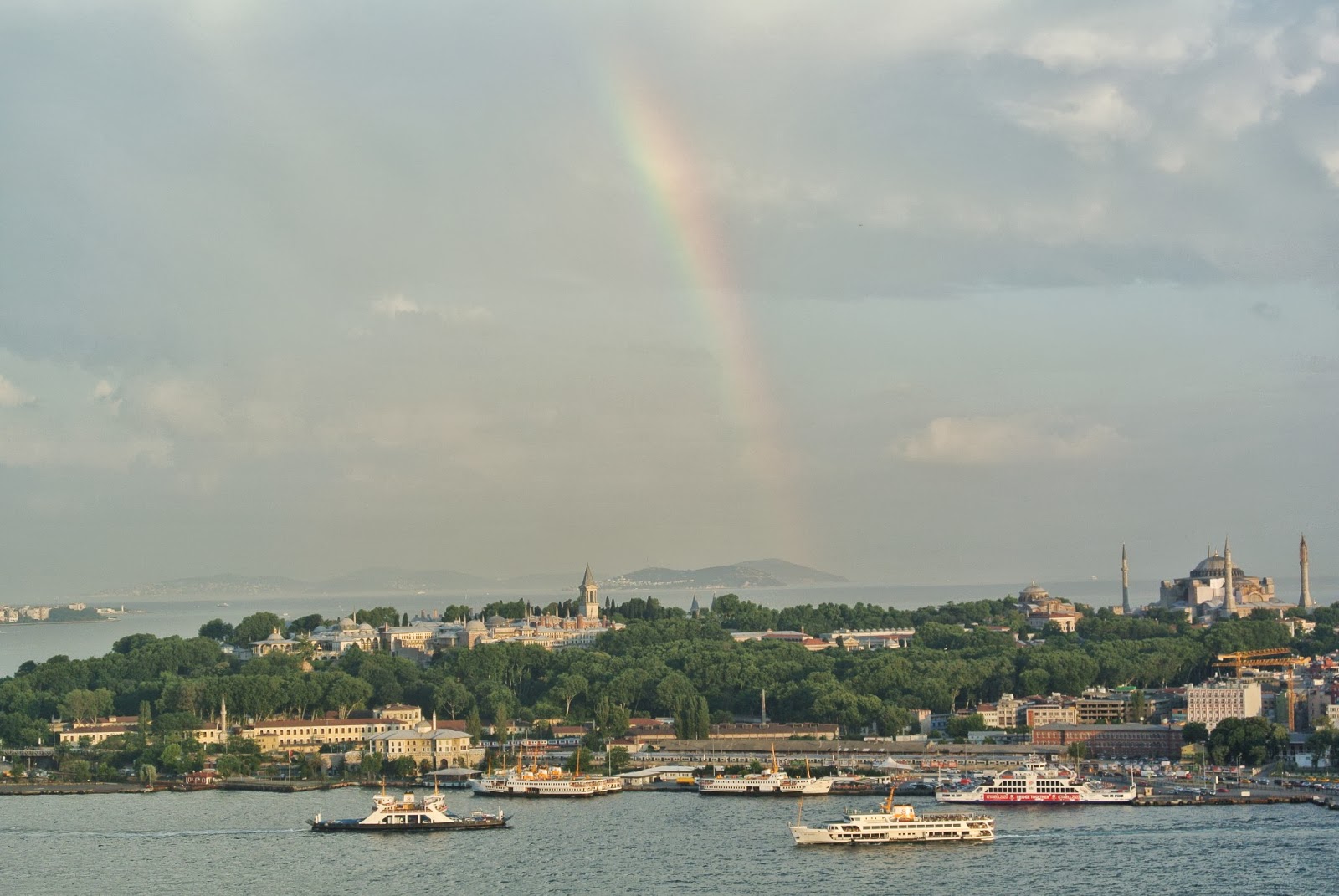 In the evening all participants of the symposium are invited to a dinner in a restaurant called the “5th Floor” overlooking the Bosporus and a skyline of skyscrapers. The conversations inevitably circle around the political situation in Istanbul. More stories about oppressed freedom of speech, about the rights of artistic expression. At the same time this very meeting shows the attraction to this place and how it connects and inspires at this very moment so many different opinions, artists, researchers, diplomats and scientists born and living in Turkey as well as from all around the world discussing the history, presence and future of this unique city.
Suddenly at 9 pm a noise arises around us. Everywhere people are clinking against their glasses in the restaurant but we realize the noise comes from everywhere, rising from the streets and high buildings where you can see lights going on and off as another sign of protest.

On the way back to the hotel we see people selling helmets and gas masks on the road. We pass Taksim Square. We hear horns, voices and applause. Is this the “sound of change”? A term that has so often been outworn and betrayed to an extent that it appears to many ears only to be an empty phrase. Maybe if it is not yet the “Sound of Change”, looking at the masses of people it urges us to somehow believe that it is the sound of hope.

We experience a certain tension but nevertheless the ambiance among all the protesters is not at all violent, on contrary. It appears more as a revolution of a strong will than of clenched hands. People of all ages, in jeans, in suits, in skirts. A broad picture of society.

Along the way we see men and women painting images on the house walls. “Tomorrow it will all be grey again” comments a colleague on my left. It is like this every evening. People paint images and statements on the walls of the pedestrian road leading to Taksim square and in the night they will be painted over again by the authority. 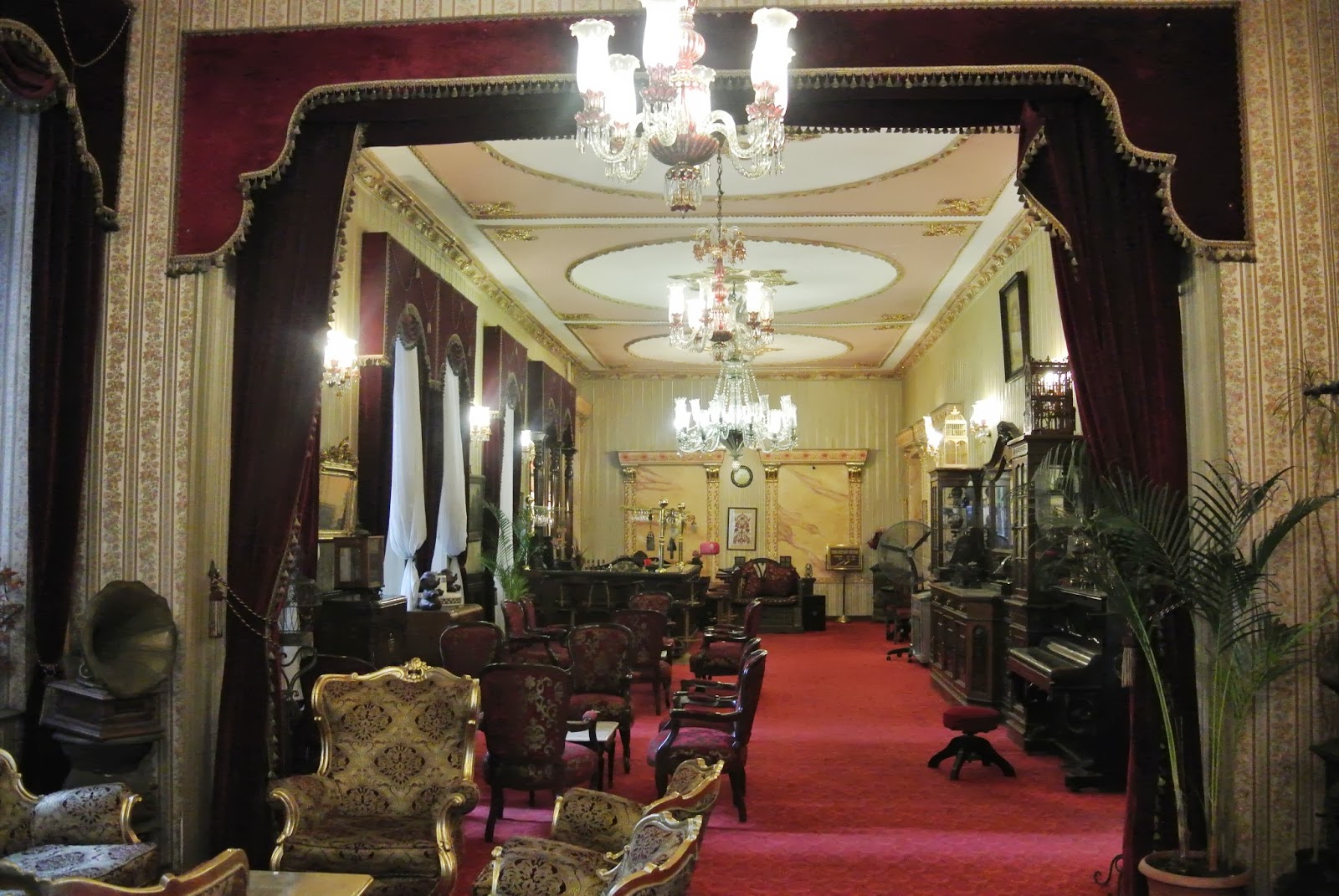 The Grand Hotel de Londres awaits us with its golden blinking velvety interior. Up on the roof while drinking a glass of Turkish red wine I try to connect all the impressions, try to make a  picture of it, of this overwhelming city of today while watching hundreds of seagulls circling above the many lights of the Bosporus.  It’s like facing different negatives of one photograph, a snapshot of time, filtered through the eye of a stranger.
Numerous negatives of one moment, even if they might not fit together – like certain things would not fit on one panorama picture, in the end, they do. 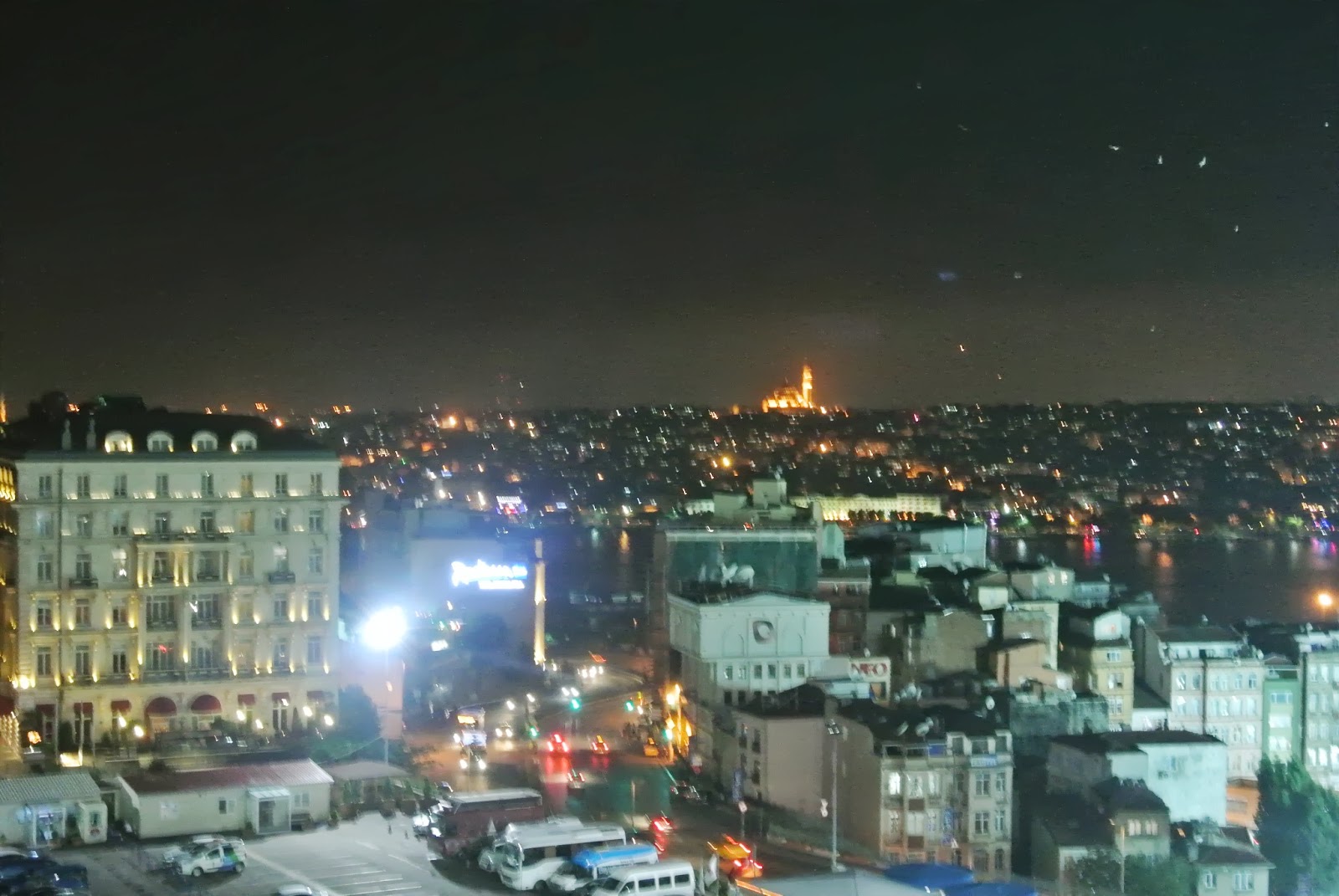