CÉLIMÈNE DAUDET - A PIANIST WITH A MISSION

French-Haïtian pianist Célimène Daudet has been celebrated by press and audience for her “seductive, delicate and burning lyricism”. As a guest of reputed venues, Célimène Daudet appeares at the Carnegie Hall, Théâtre du Châtelet, Opera de Lyon, Festival de La Roque-d’Anthéron, MC2 Grenoble and at the Abu Dhabi theatre. She founded Haïti’s first piano festival and commits herself with passion to exceptional projects and to promoting new talents. 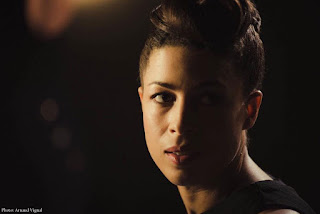 Célimène Daudet's much-anticipated Austrian debut takes place at the Vienna Konzerthaus in December 2017 where she will perform in the cycle „Music and Poetry“. K und K Wien asked the outstanding artist for an interview.


Over the last months you have worked intensely on your Haïti Piano Project. Can you please explain to us what this special project is about and which goals you have recently achieved?


I am of Haitian descent and because of that I was always keen to come back to Haïti to ´do something´ there. Quite naturally in my case it was clear that music would be the means for me to reconnect with my haïtian roots and to contribute to the artistic life in Haïti, with the idea to create an unifying event. This way, the idea to create the first piano festival in Haïti was born. To realise this, it was first of all necessary to find funds in order to buy a good concert piano. The association Raconte-moi un Piano of which I am the director has worked for more than a year to raise the necessary funds, notably with the help of a crowdfunding-project.There has been an excellent show of generosity from many people around the world and we were able to buy the piano. Then we had to work on the development of the Festival which has only just taken place at Haïti. It was a wonderful moment of meeting and sharing with a big audience that attended each concert (all free) and also with the haïtian artists with whom we shared the stage. Also workshops for haïtian children were organized. I have found this to be an extraordinary experience and full of emotions. The aim is to continue the project and prepare the second edition of the Festival in 2018!


You have a busy concert schedule performing at distinguished concert halls around the world. But you have also played for children at refugee camps and many times for people who do not have regular access to the concert world. How do you see the role of music in regions of crisis?


I see my profession also as a mission: one of giving access to music and beauty to everyone, without any limit. The power of music is very strong. It comforts, unites and exceeds social, financial or religious problems. Music goes to the heart of everyone and remains a space of freedom. Music also connects with the better part of ourselves, allows the human being to link with his emotions and to what we deeply are and to what unites us all.


Your CDs of Bach’s "Art of the Fuge“ and „A Tribute to Bach“ gained enthusiastic reviews in the French and international media. We heard that you were recording in Vienna last year. Can you tell us more about this new CD release?


I have recorded my last disc a few months ago in the Yamaha-Hall in Vienna. It concerns a program around préludes by Debussy and préludes by Messiaen, which I wanted to combine with each other as the influence of Debussy on the young Messiaen is very evident in these works. What is also remarkable is that the notion of colour and sound space allows to create a rich and graphic sound universe in which the listener can travel. This disc appears on 23 January 2018 on the french label NoMadMusic.

Your Viennese concert debut will take place on December 6th at the Vienna Konzerthaus. Who are the composers we are about to discover and why did you chose them?


I have chosen to highlight the french composer Mel Bonis, whose pieces are extremely touching and poetic. I am happy to be able to have them (re-)discovered by the Viennese public. The poetry that is present in certain pieces moves me deeply, which is why I have also chosen the sublime "Bénédiction de Dieu dans la solitude" by Fransz Liszt, part of his cycle Harmonies poétiques et religieuses. And finally I have recently fallen in love with a piece by Ernest Bloch, ´In the Night - A love poem for piano´, which echoes the lisztian universe. Once more a poem, full of sensuality, mystery and passion.

You will share the stage with the Austrian actor Michael Dangl who will read a text by Tania Blixen. What importance has literature to you and how do you see it in relation to music?

I am all the more happy about this project as literature is my second passion. Reading is also what feeds my imagination as an artist. I love to combine words and music and there is also a true music in words as there is a poetry in sounds.
It just so happens that during my Festival in Haïti I presented a concert mingling music and poetry with the participation of the haïtian poet Beonard Monteau on the stage. I feel this concert therefore as a continuation and I can´t wait to work with Michael Dangl! 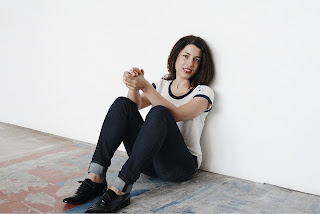